Learning about transistors and using them to improve our night-light circuit.

In Activity 10, the members of the Himalayan Makers Guild were introduced to transistors, the voltage-controlled switches that are at the heart of all modern computer technology. We incorporated a transistor into our night-light to improve the circuit in two ways: the LED light now shines at full brightness, and the battery drains less quickly when the light is off. The students used the same inexpensive light-sensor as in Activity 9, but rather than control the LED directly it now controls whether the transistor is on or off.

One of the grade 5 students demonstrates her circuit.

These past two activities have introduced notably more complex topics than we’ve looked at before, and I’ve been happy to see how the students are stepping up to the task. They’re engaged and able to answer questions about the circuit that illustrate their understanding of the core principles. The majority of the students have been able to successfully construct and test the circuit in the 25 minute build-time. The Team Leaders have done well in helping students who still struggle with some of the basics, such as making connections on a breadboard.

Two of the Team Leaders, Tenzin Norbu (gr. 7) and Karma Nyima (gr. 9), have been spending their after-school free time to adapt the circuit to control a small motor using light. On the Saturday after Activity 10, they finally got it working! They’d like to use it to make a light-controlled car. 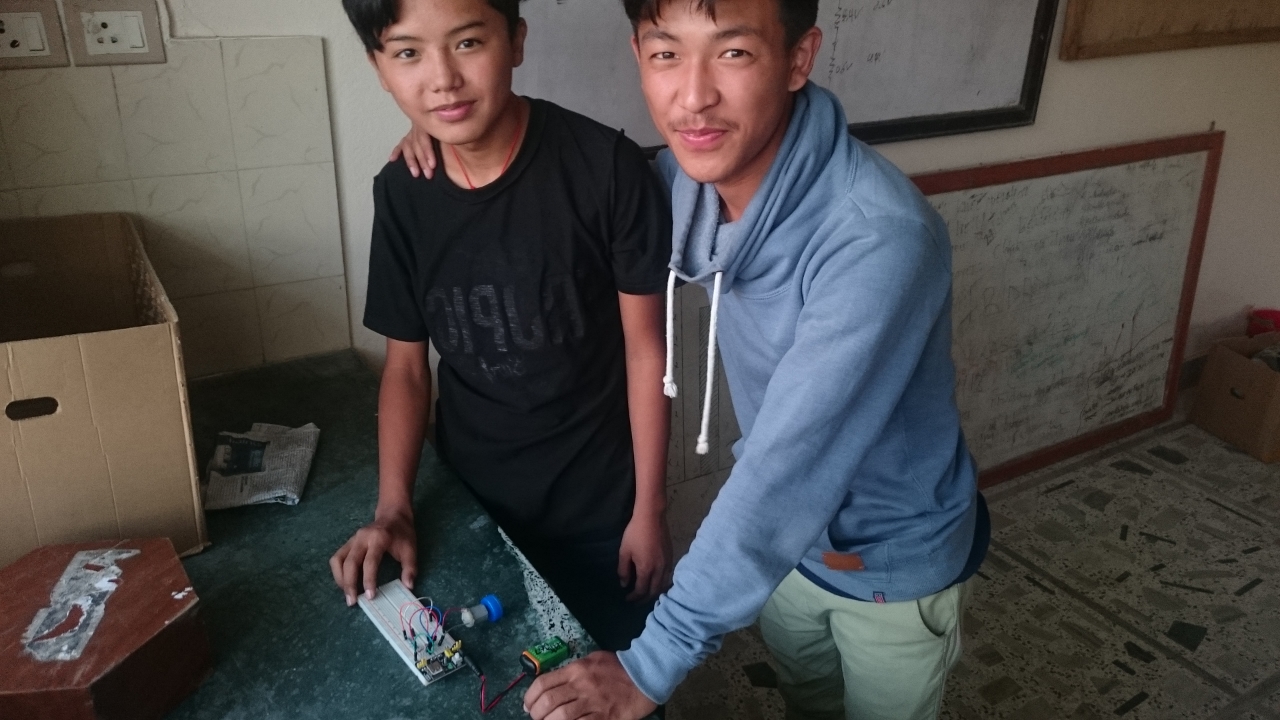 Karma Nyima and Tenzin Norbu controlling a motor with the light from an LED head-lamp.

Activity 10 was created as a Free Cultural Work and is available for use and adaption under the CC BY-SA 4.0 license: